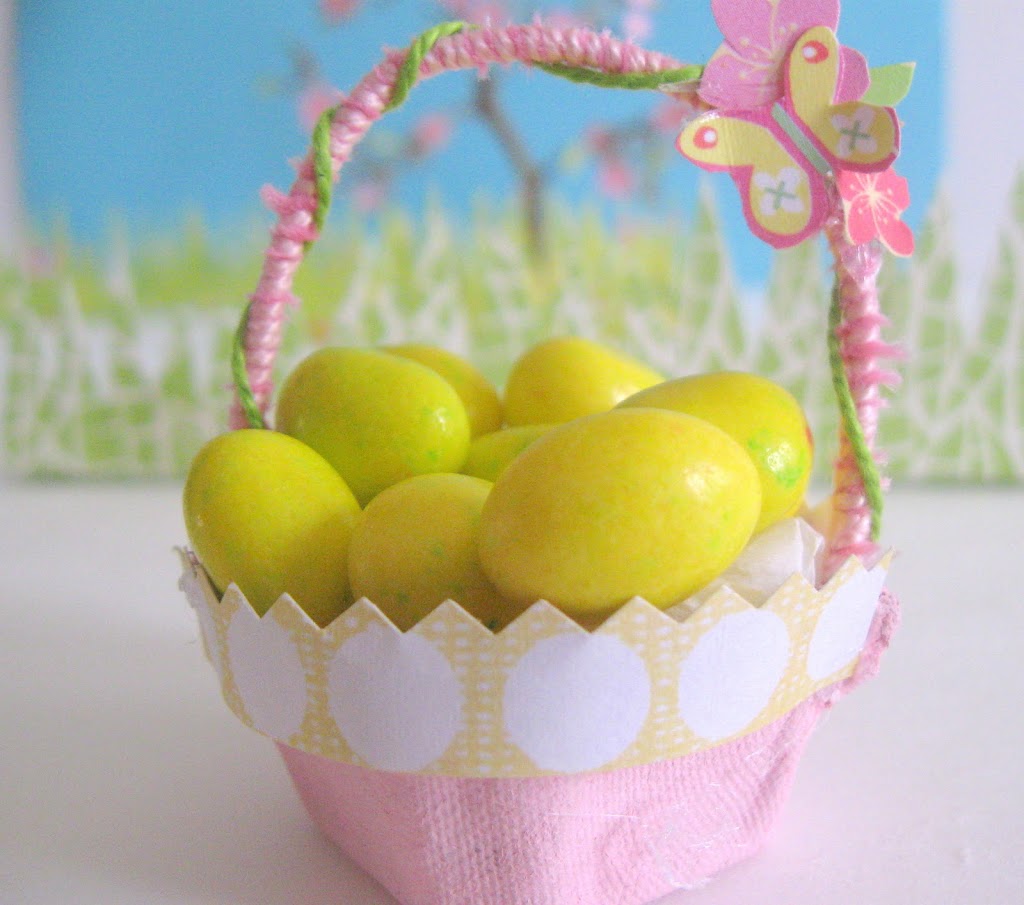 As a little girl, I used to pretend I could shrink and fit in the tiniest of places.  Imagining that mossy rocks were giant mountains and I could slowly reach the top. 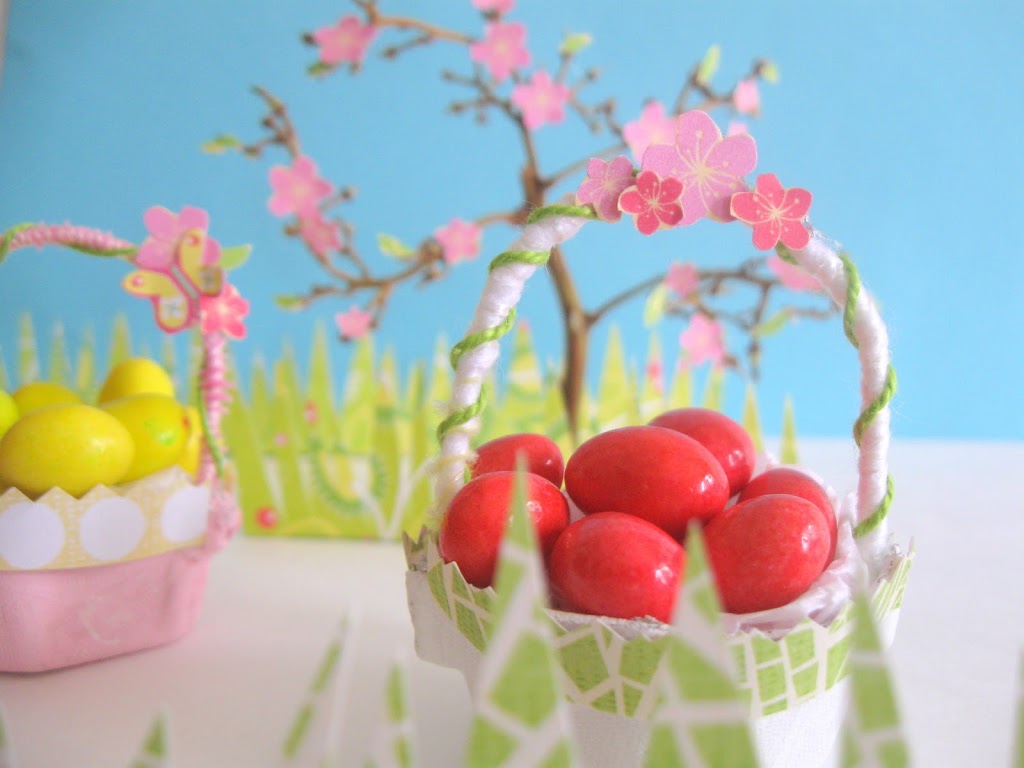 Using match boxes, I would make myself a little bed to sleep in and flower petals would serve as my blankets. 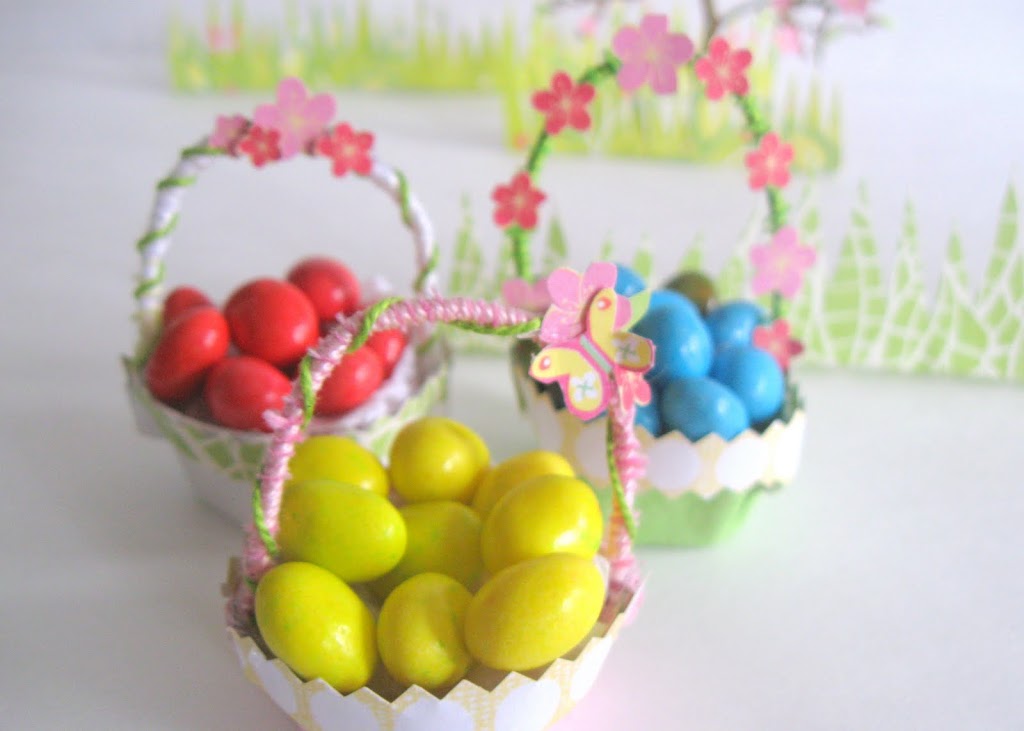 I would look into a bottle through its spout and picture myself swimming in a water cave…And sometimes after finishing my grapes, I would look at the left over vine and pretend it was a little tree who was sad to have lost its leaves. 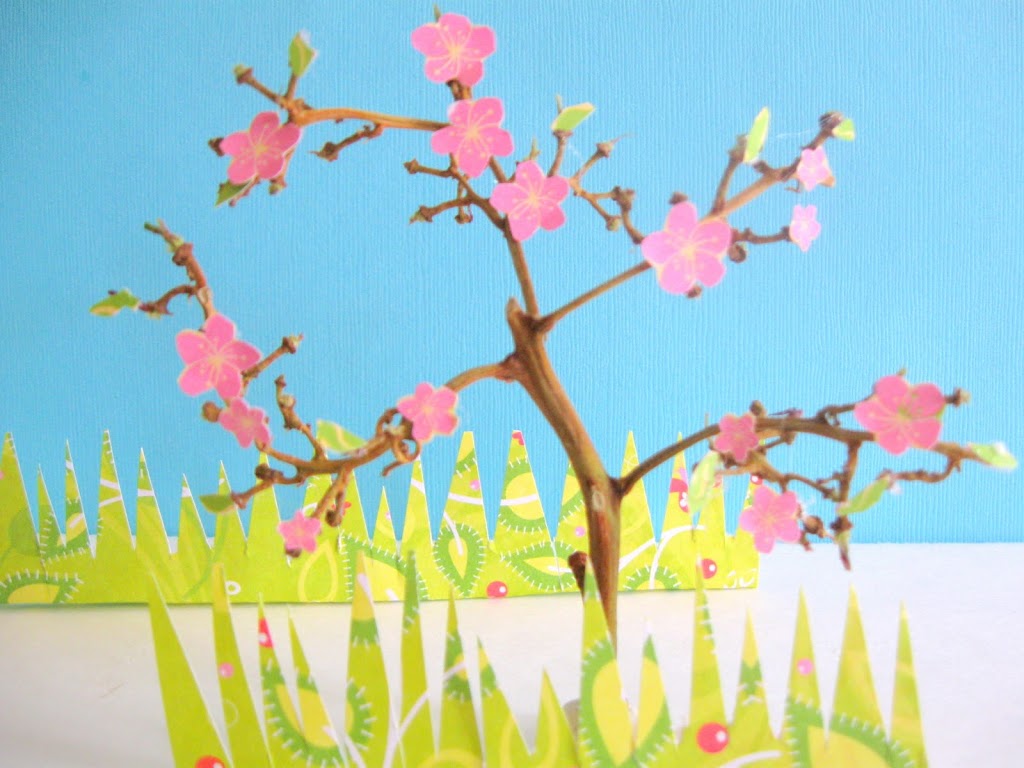 Now that I’m a mom, I can share my imagination with my kids and give the little ‘ tree’ some leaves and cherry blossoms…

We also made a little tiny Easter basket by cutting and painting an egg carton.  The handle is made by tying craft thread around a pipe cleaner and gluing it to the inside of the egg carton.  We made it extra special by adding some pretty flowers. 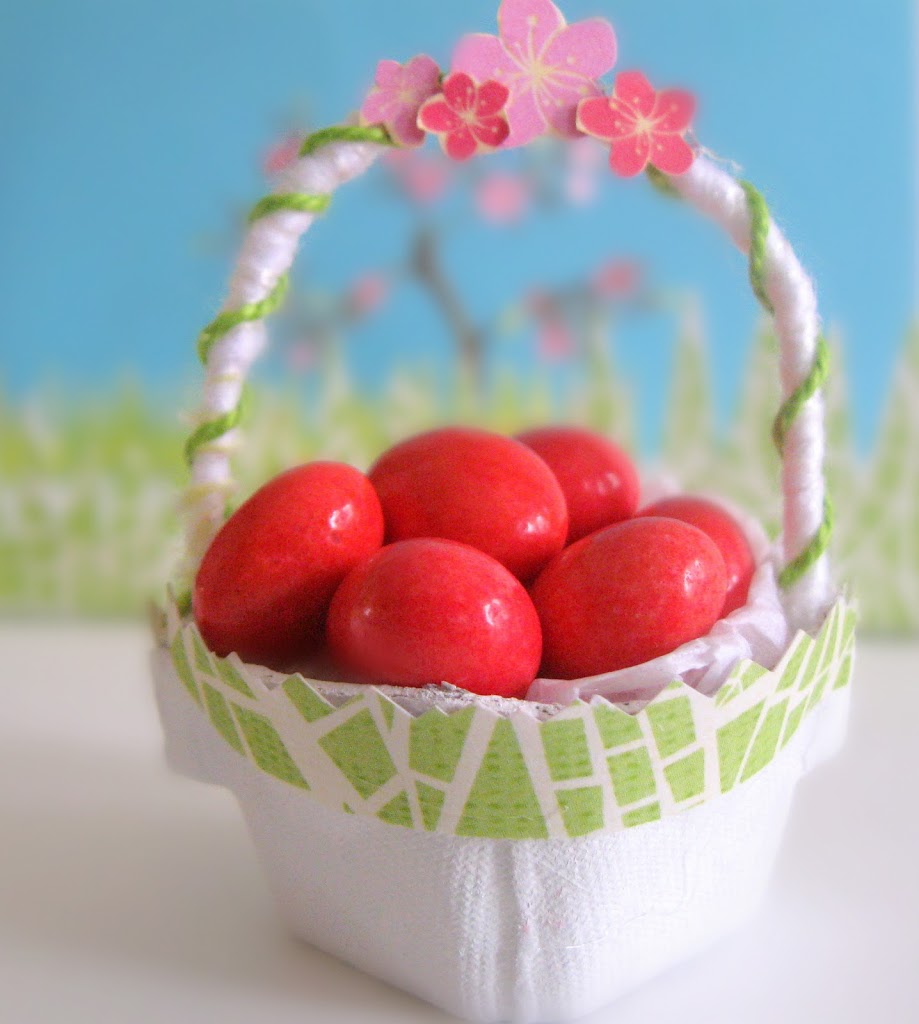 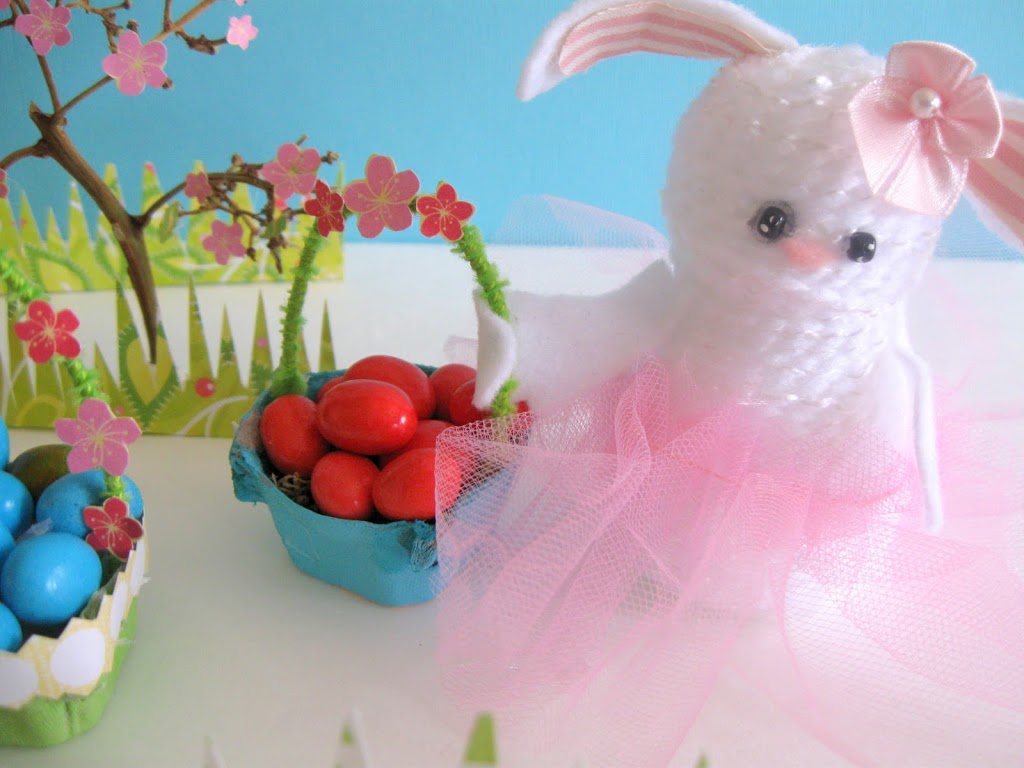 …or give it to a tiny little bunny.

We cut the top of a Styrofoam egg and glued a ball to it.  Then, after wrap gluing white yarn around it, we cut some ears and arms and glued some eyes…. 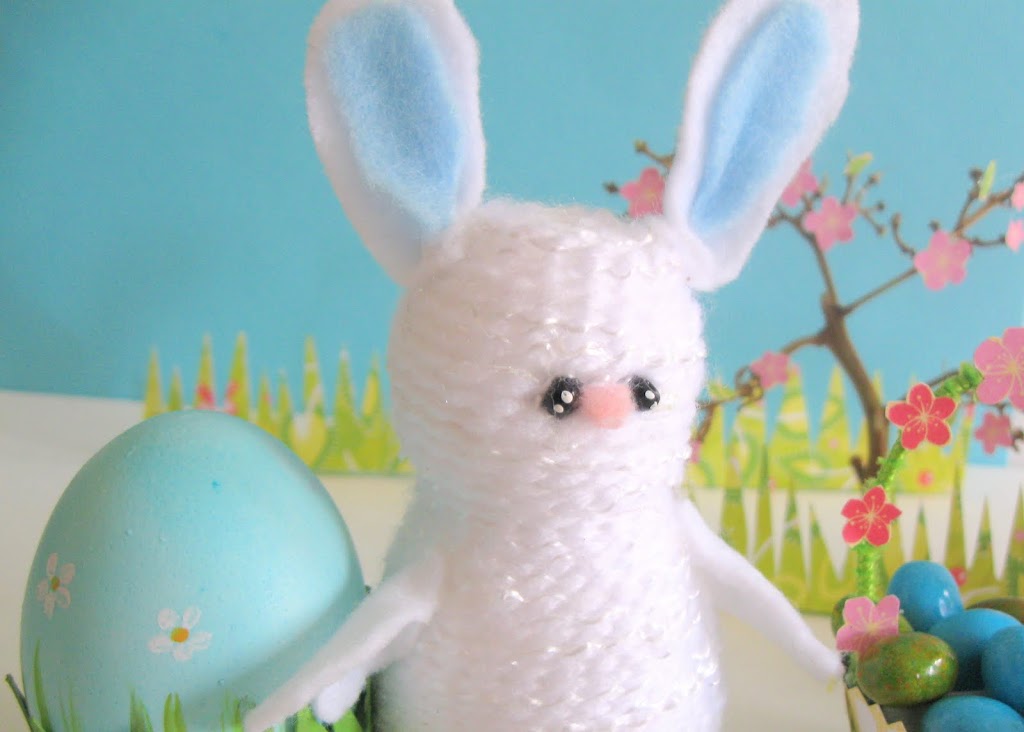 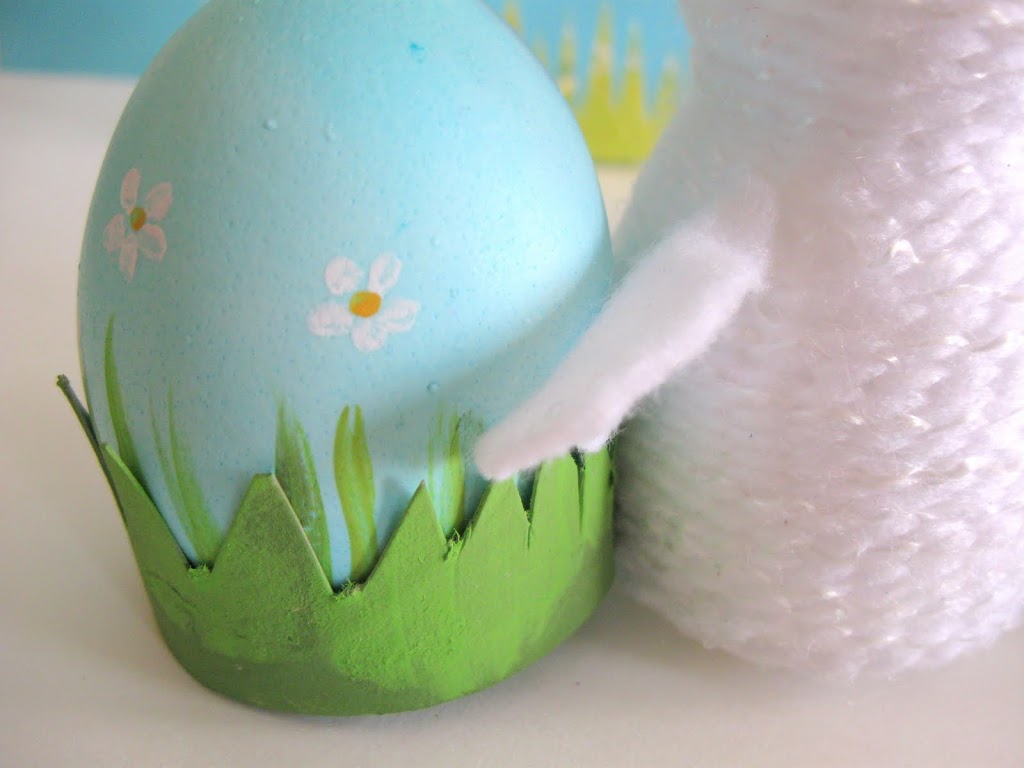 He holds a giant egg in a green painted cardboard tube. 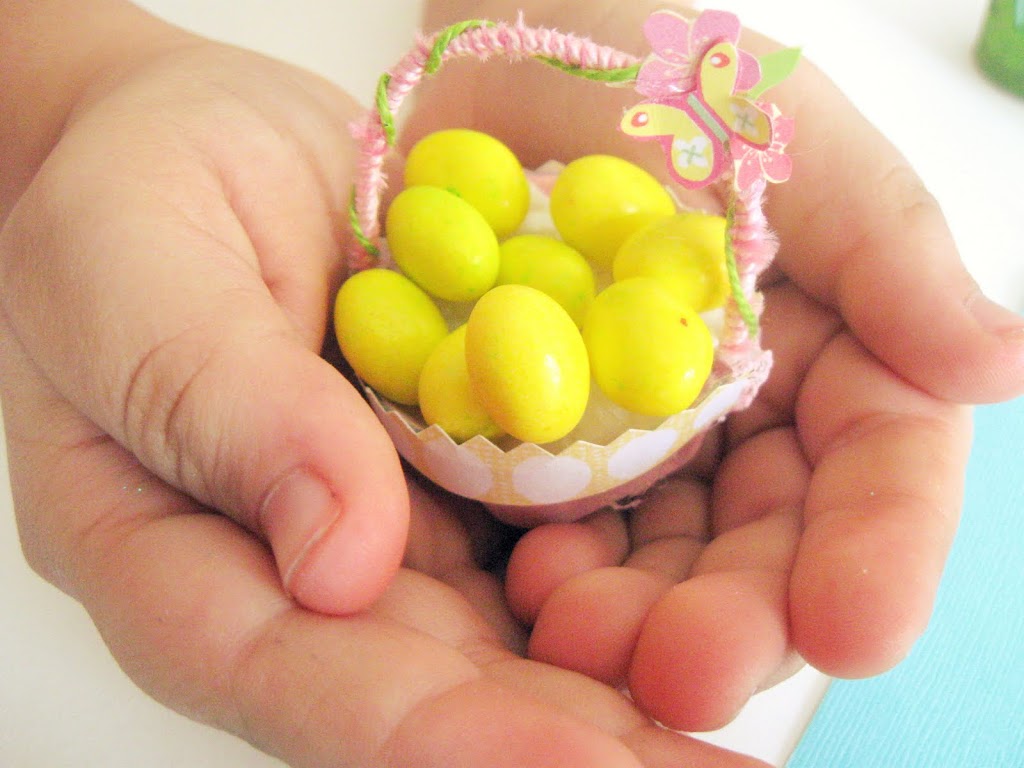 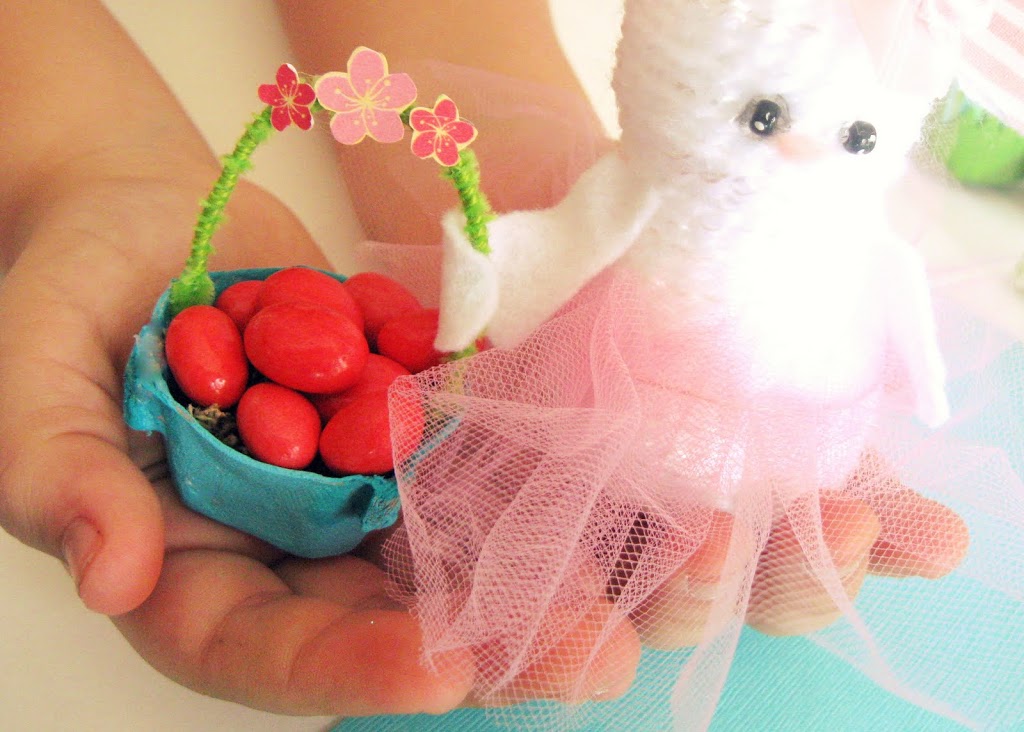 These little hands will one day be the hands of a mother; a mother who will pass on her imagination to her children’s hands…
What a privilege it is to raise one of God’s children.  I am forever grateful to the Lord for such a blessing.
Thank you for allowing me to share a little bit of my imagination with you.
Aren’t you glad it’s Friday? I hope you have a great one!
much love,
Lucy
1shares

Moved some things around in the kitchen for a quic