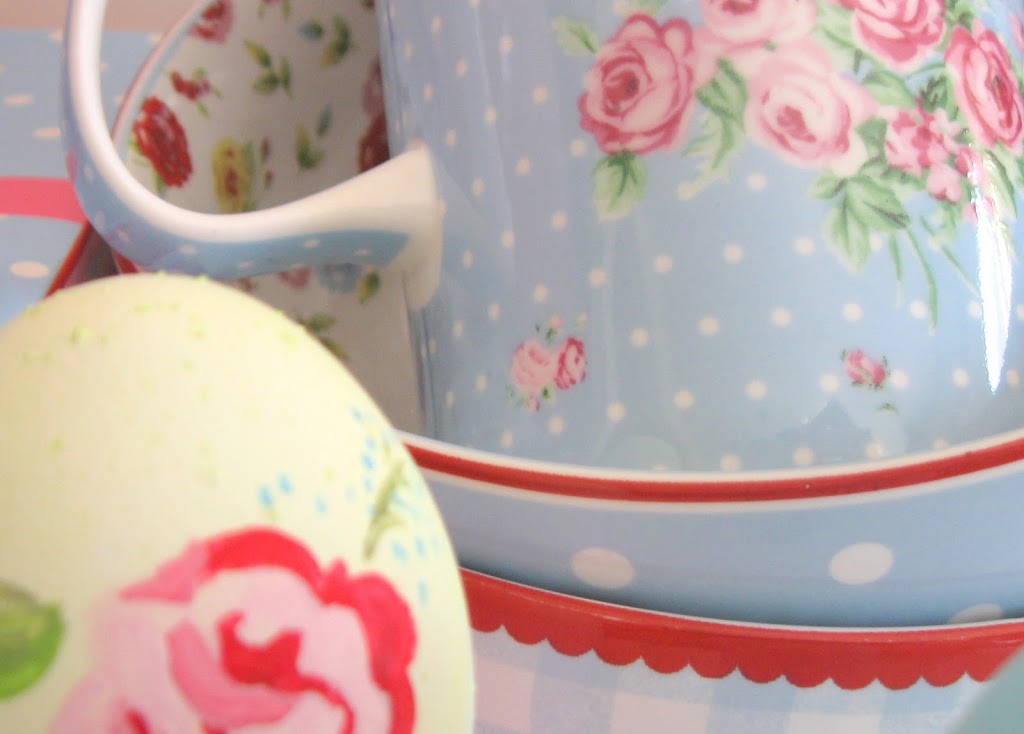 I wanted to share a little shabby vignette I have put together
for Easter, in the hopes it may give you some pastel inspiration… 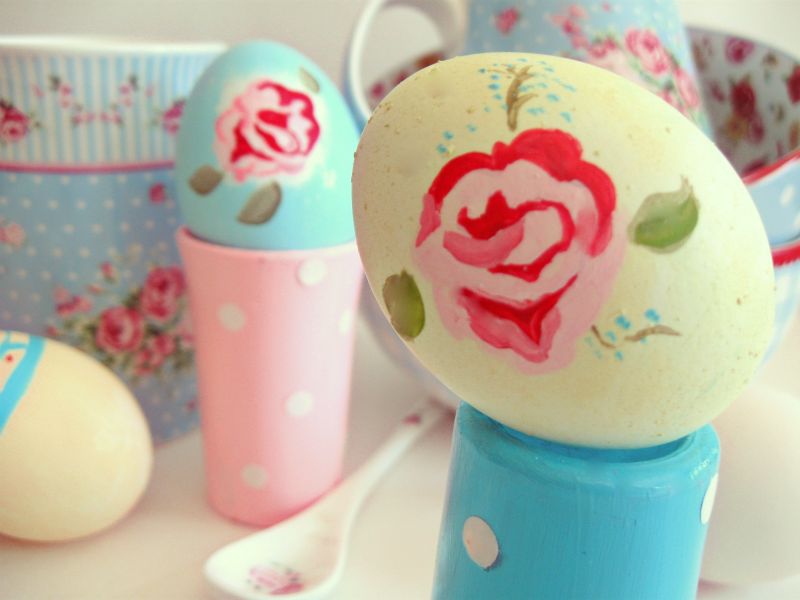 I have never been able to paint this style
of shabby roses very well, but I’m learning… 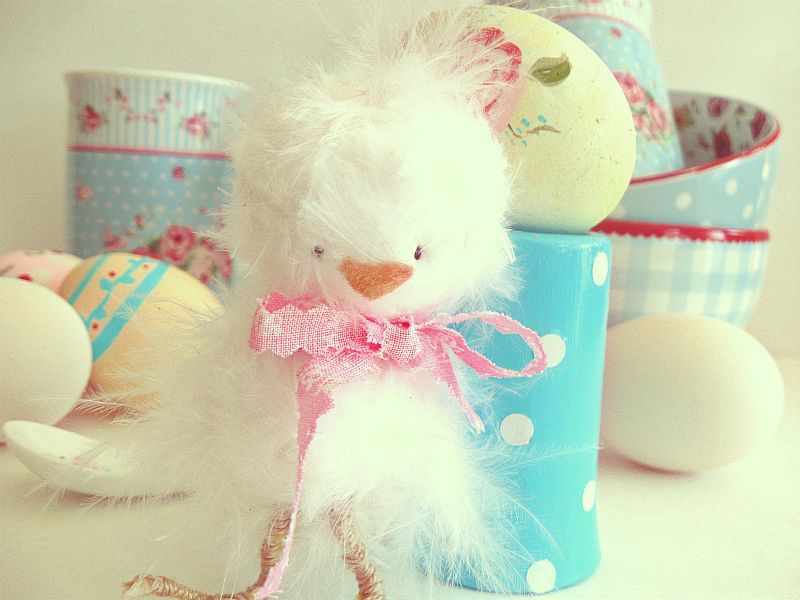 I made this little gosling out of Styrofoam balls and some feathers.  He has huge ‘pinchability’ factor (that’s my way of saying ‘sooo cute’).  The kids also made some little chicks and I will share the pictures and how to on a later post. 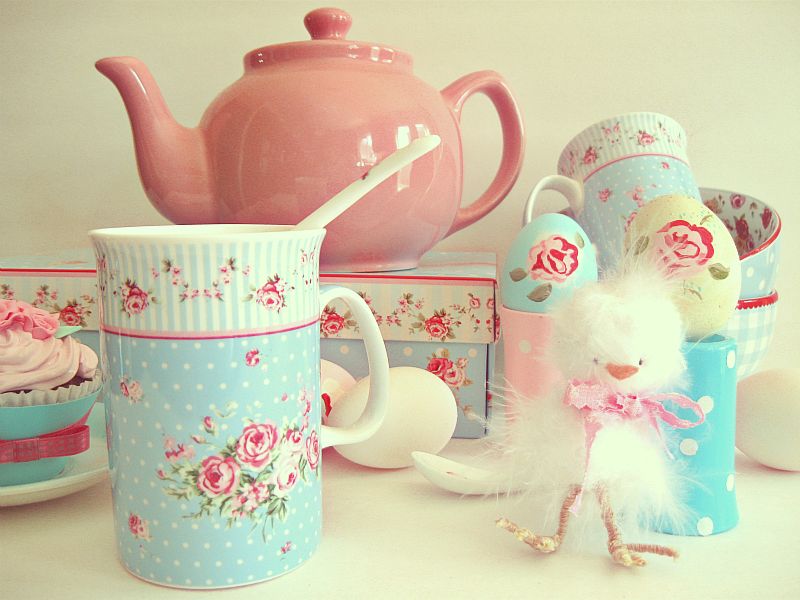 Hubby thinks his feet are too realistic
looking and a little freaky (you think?) 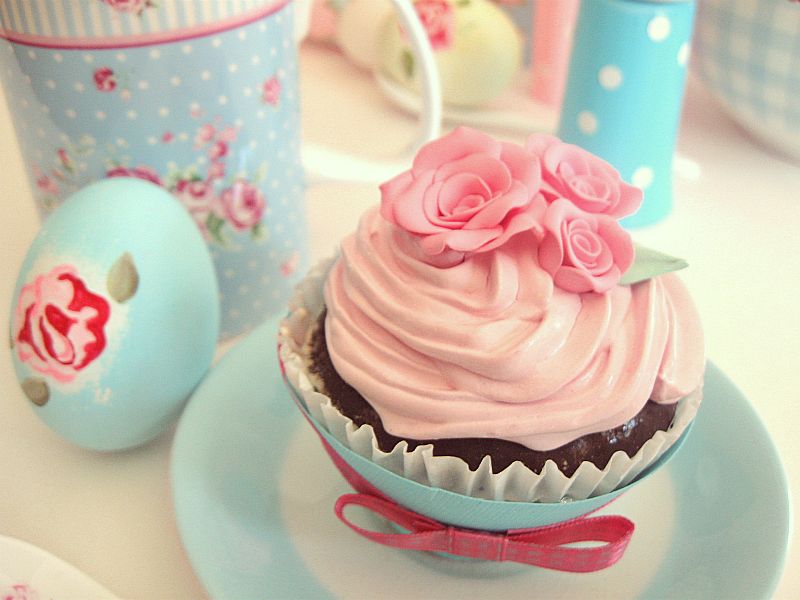 Looks delish, no?  This is one of my faux cupcakes I’ve shown before here.  I made several a few months back when I was experimenting with the technique.  I have always wanted to open an etsy shop and this is one of the items I think I would like to offer. 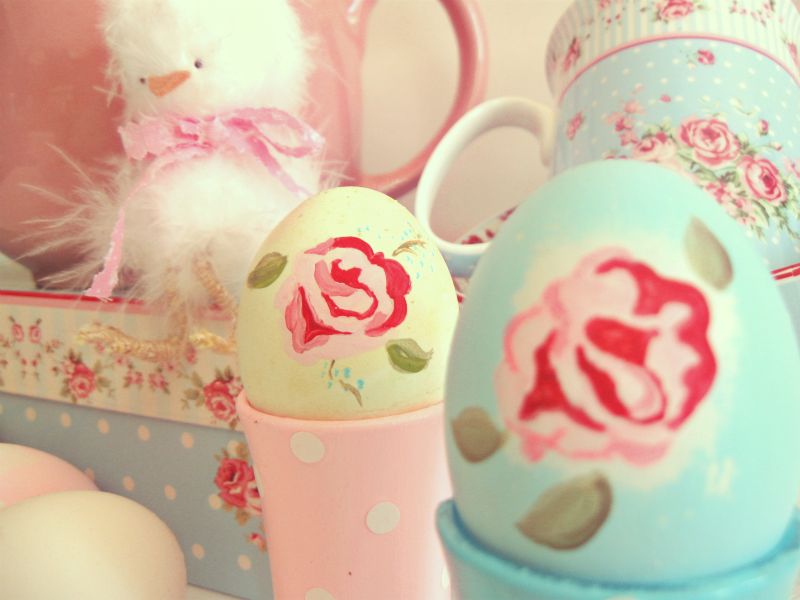 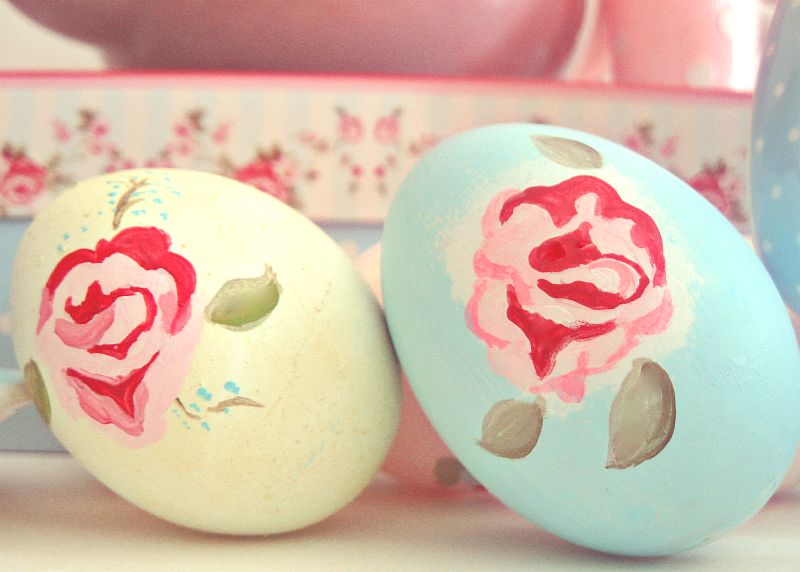 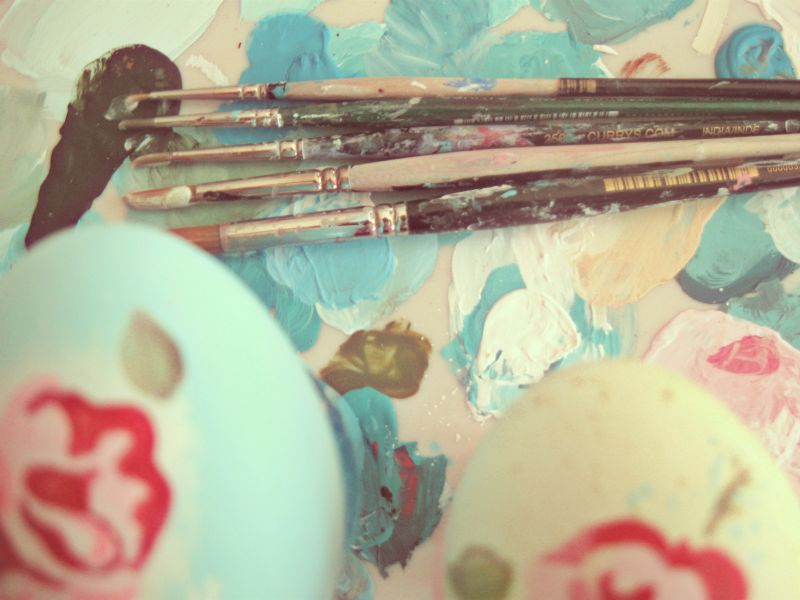 I painted some other eggs with various motifs… 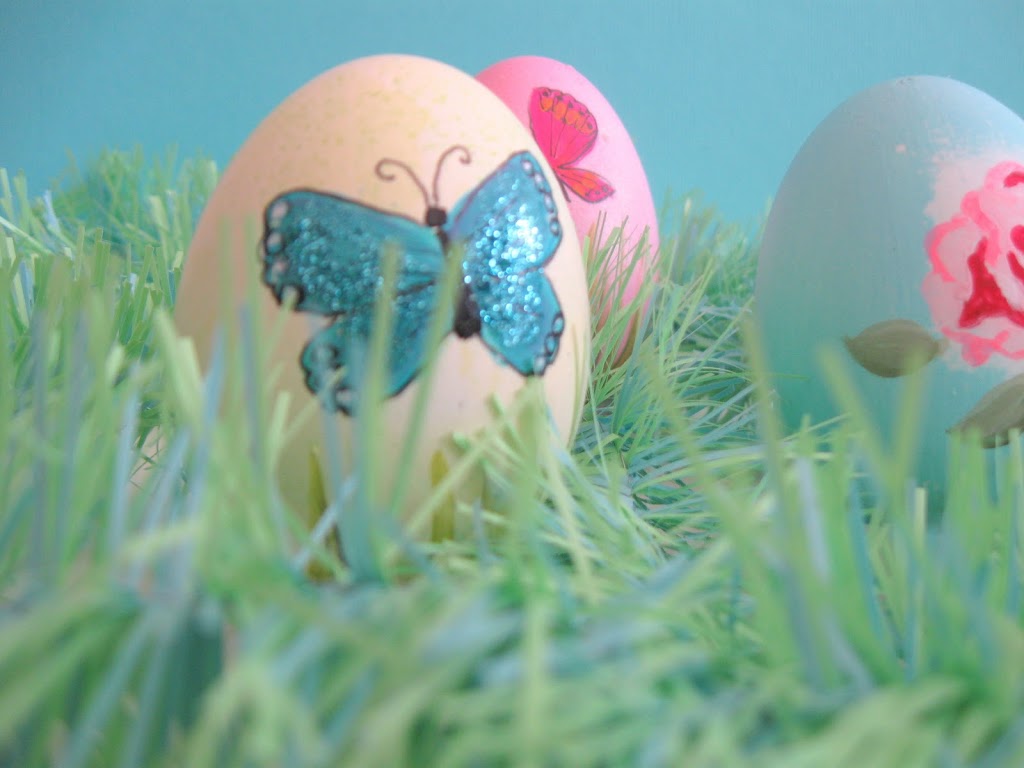 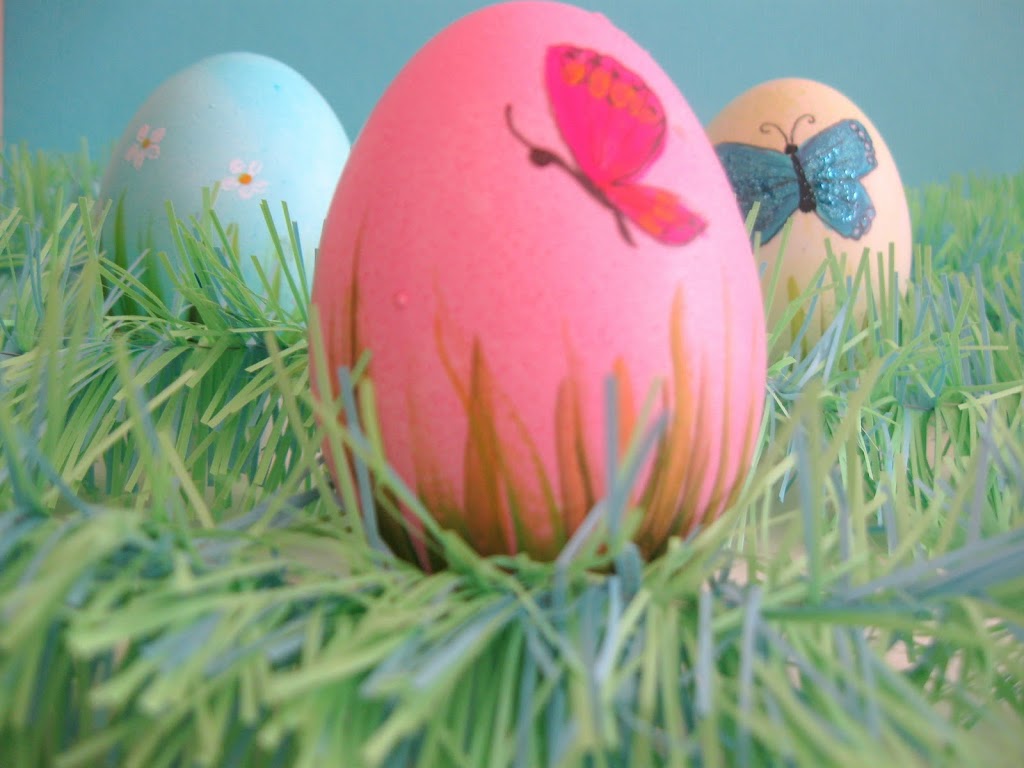 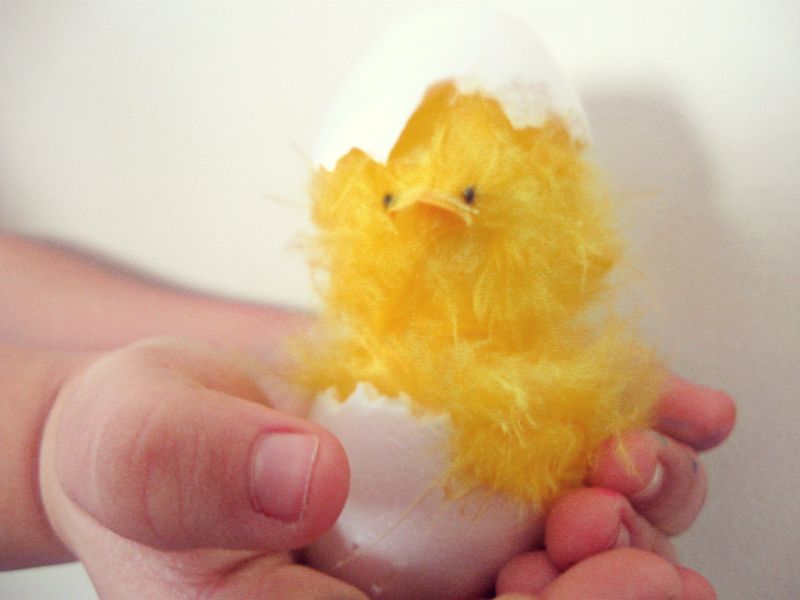 The answer is the chicken…
the chicken came before the egg.
(but only after he crossed the road)
much love,
Lucy
I’m sharing at these lovely parties, thank you for having us.
11shares

Previous Post: « Looking for some ‘eggspiration’….not to be confused with expiration.
Next Post: I’m a magazine model….kinda’ »

I have ambivalent feelings about sunflowers in tha